Young people at the Whiz project recently received a £700 grant from GMP to purchase a new pool table. Thirteen young people volunteered to take part in an organised litter pick in Whalley Range, in partnership with the police. We are very proud of our young people for this and they did a fantastic job too, as you can see from the before and after pics. They have all said that it has made them think twice about throwing litter, now that they’ve actively taken part in a cleanup. One young person said that from now on he’ll keep litter in his pocket until he finds a bin. A great learning to be had here – as well as cleaner streets in Whalley Range. 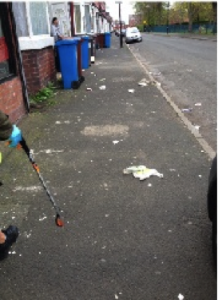 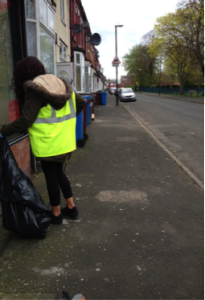 These before and after pictures show how hard the young people worked on the day.

And below is a picture of the team who took part in the cleanup. Two local PCSO’s also joined in the cleanup and later commented on how they were very impressed with the commitment displayed by the young people. 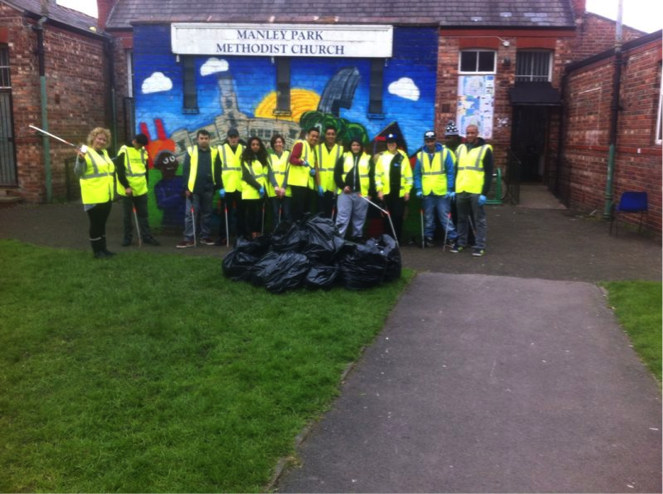